This commentary on the current fate of big surf brands sheets home the importance of knowing who you are and what you stand for. Rip Curl has stayed true to its core brand and used sponsorship effectively to support its brand elements. It’s one of the few to escape a “wipe out”.

Surf brands face wipe-out after falling off wave of popularity

Surfing culture runs deep in Australia, but has the clothing empire built around the sport lost its way?

In the 1960s a clothing industry was born from the surf lifestyle and it rode a wave of success.

Julian Taylor has been running the Surfection clothing store in Sydney’s Mosman for more than 20 years.

“In 1985 there was basically nothing you could do wrong,” he said.

“Clothing was becoming more and more popular, surf clothing, all the accessories, everything was just blowing up basically and we were on a good ride.”

However, over recent years, the industry has been swimming in troubled waters.

In 2012, Billabong reported an annual net loss of nearly $300 million.

Despite a modest profit in 2015, Billabong returned to the red last year with a $23.7 million loss.

Times have also been tough for rival brand Quiksilver, with too much debt and a series of failed acquisitions leading the US parent company to file for bankruptcy in 2015.

“It’s got quite big now. It now has to be managed, probably in a different way.”

Rip Curl avoids being dragged out to sea

Rip Curl has managed to stay out of the red, dodging the profit wipe-outs experienced by its rivals.

It also avoided the corporate pressures that come with listing on the stock exchange.

Neil Ridgway is the chief brand and marketing officer for Rip Curl and said the company’s surfing roots have been key to its success.

“We stick to being the ultimate surfing company,” he said.

“We stick to making great products for surfers and we stick to having a company where everyone who works at it can live and feel the spirit of surfing.

“Genuinely I think that’s what we’ve done well … it’s what the customers want and need, not what we want to give them that counts.”

In recent years, Billabong has been following Rip Curl’s lead, shifting investment back into grassroots surfing.

“Internationally, Billabong is among the best known brands to come out of Australia,” said a Billabong spokesman.

The company said it is about staying connected to the past, while still moving forward into the future.

“You can’t simply conjure-up or create that heritage and authenticity. Nor can you stand still,” added the spokesman.

Surf brands are spending millions of dollars each year — supporting major events, sponsoring professional surfers and the champions of the future.

“Profit comes naturally, it’s as a result of good business and good product and good marketing,” he said. 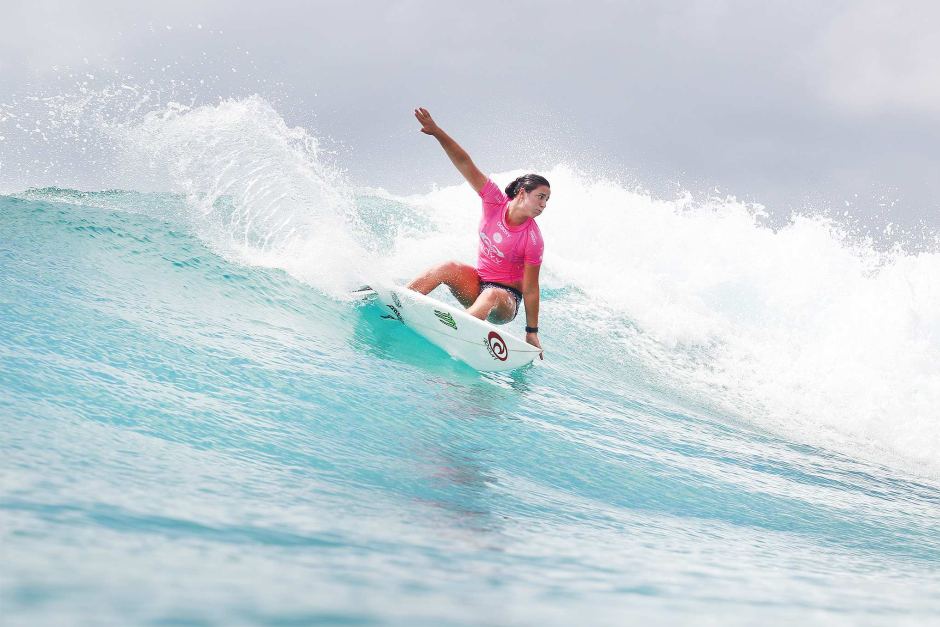 Rip Curl celebrates 50 years next year and Neil Ridgeway argued that playing the long-term game has ensured the company’s success.

“It’s always been about making great products and making sure the brand is strong and I think that’s the difference between us and others in our competitive set,” he said.

‘Surf wear for surfers’ to combat flood of cheap competitors

While chasing big profits, some surf brands have instead found huge losses.

Craig Sims is the publisher behind a number of influential surf magazines, including Surfing Life.

He believes the industry needs to return to its roots.

“If the surf industry focused on their core niche, which is surf wear for surfers, they would probably be able to cope a little bit better,” he said.

“Be satisfied with the size of your market and servicing that market well.”

Julian Taylor from Surfection has hope and said the industry will find its feet again.

“They’ve done this giant growth and, with the GFC and all this influx of cheap fashion and just the way the fashion industry is, I think it’s just levelled off for the moment,” he explained.

“It might level off for a little while more but then it will get its legs again and it will take off again, I think it’s just a waiting period now.”

Until now, surfing has been one of Australia’s most successful cultural exports.

What will remain an ongoing commercial challenge will be maintaining the spirit of the sport, while turning it into sizeable profit.

Learning from past mistakes, Craig Sims believes the surf wear industry will be able to strike that balance.

“I think they’re learning some tough lessons now, and they will learn from those lessons and come back stronger,” he concluded.

Have any questions regarding your brand? Feel free to send me an email at lowen@peartree.com.au